Vote for US!!! Falmouth Packet - Win Your Wedding!

May 19, Dec. There are three "supplemental" volumes for letters apparently missed when the original binding was done. There are name or name and subject indexes in the volumes except those for the years For registers, see entry These letters not only greatly exceed in number the letters sent by the Secretary of the Navy to the President and other agencies of the executive branch during this period, but they also reveal more about the Navy Department's daily contacts with the President and executive agencies.

The majority of the letters predating the Civil War were received from offices of the Treasury Department, including letters forwarded by the Secretary of the Treasury from the Coast Survey Office, and relate to audit and revision of Navy agents' and pursers' accounts, allowances of pay and rations for naval officers, and the detail of officers to the Coast Survey. Many of the letters from the Secretary of War for the pre-Civil War period concern the transfer of War Department facilities to the Navy Department and the transfer or loan of Navy Department vessels, ordnance, and other equipment to the War Department.

These letters were in regard to the activities of Confederate agents in Europe and various parts of the South Atlantic and complaints from foreign governments, particularly Great Britain, over foreign nationals being held by the U. Government as prisoners of war also see entry During the war, the Secretary of the Navy received a number of letters from the Secretary of War concerning prisoners of war and the transport of Army officers and enlisted men by naval vessels. He also received from the Secretary of the Treasury many letters concerning prize money, estimates of funds needed by the Navy, and persons arrested for violations of revenue laws or Treasury regulations.

There is also a small number of letters and telegrams received from Assistant Secretary of the Navy Gustavus Fox on important matters connected with the war. In addition to those already mentioned for other time periods, the correspondents for the post-civil War period also include the Commissioner of the General Land Office, the Commissioner of Indian Affairs, the Commissioner of the Department of Agriculture, the Solicitor and Naval Judge Advocate General, and the Vice President. Congressional resolutions are bound with the letters beginning in During the Andrew Johnson and subsequent Presidential administrations, applications for appointment in the Navy, letters proposing naval inventions, and other requests for Presidential intervention in matters relating to the Navy were usually forwarded to the Secretary of the Navy by the White House and are included in this series.

During this period the other executive agency heads continued to address the Secretary of the Navy on matters of mutual concern, such as Secretary of War Robert Lincoln's request of December 13, , for the Navy's cooperation in the organization and conduct of the Greely Expedition to the Arctic. Letters received from the President and executive agencies for the period April are among those described in entry Arranged for the most part by squadron and thereunder chronologically.

There is overlapping for periods when there was a change of command, because a commanding officer's letters from the time of his appointment until the time he returned home following release from command or otherwise ceased all connection with the squadron were filed together.

Some volumes have letters from officers during periods of successive commands. There are indexes or lists of contents in most of the volumes. There are many orders, maps, lists, diplomatic communications and reports enclosed with the letters. All of these squadrons, except the West India Squadron, were still in existence in when the Navy Department began this series of records. The African Squadron was established in and the Eastern Squadron in In addition, three detachments of smaller vessels were formed; the Mortar Flotilla, the James River Flotilla, and the Potomac Flotilla.

In the postwar period, the Pacific Squadron, the only prewar squadron to survive the Civil War intact, underwent a number of organizational changes, becoming successively the North Pacific and South Pacific Squadrons, the Pacific Station divided into a Northern and Southern Squadron and later a North Pacific and South Pacific Station, and finally the Pacific Station without divisions. The Gulf Squadron was discontinued in In the Training Squadron was established to train apprentice seamen. The letters and the enclosed maps, reports, orders, newspaper clippings, charts, and treaties relate to diplomatic negotiations with other nations, intelligence gathering around the world, protection of Americans in foreign places, the assignment and deployment of ships in the squadrons, reports of captures or naval engagements, reports of war casualties or illnesses, and other naval activities at sea.

Letters of the African and Home Squadrons include descriptions of the antislavery efforts of the U. Reports from the Civil War blockading squadrons relate to joint military operations with the Army, battles with the Confederate Navy, and shore operations launched from ships. For other letters received from commanding officers of squadrons, see entry For registers to some squadrons, see entries There are three supplemental volumes for letters apparently missed when the original binding was done. There are two letters from January There are name and subject indexes in most of the volumes.

Much of the series consists of letters and a few telegrams relating to procurement of supplies, equipment, and ordnance; enlistment of naval personnel; appointment of civilian employees; construction, repair, and lay up of vessels; use of vessels for defense; medical care; and inventions. The U. Naval Academy is the subject of some letters after from the Bureau of Ordnance and Hydrography and the Bureau of Navigation. From to , the Bureau of Ordnance and Hydrography had responsibility for overseeing administrative and financial affairs at the Academy, and from on, the Bureau of Navigation had much of this responsibility.

Also included are reports of boards on which bureau heads served, examples of which are the reports made in April and May by a board composed of the Chiefs of the Bureaus of Construction and Repair and Yards and Docks, Engineer-in-Chief of the Navy Benjamin F. Isherwood, and Naval Constructor Edward Hartt regarding the use of riverboats for defensive purposes and the use of armored ships for coastal and harbor defense.

Enclosures to the letters include newspaper clippings, contracts, circulars, pamphlets, and a few drawings and sketches. For letters sent to the bureaus during the same period, see entry Jan 1, Nov. Originally there were 28 volumes. In the process of rebinding, it was necessary to divide eight of the volumes into two parts. There are name indexes for all of the volumes except the last one: for the divided volumes, the index for both parts is at the beginning of the first part.

Navy agents purchased and disbursed supplies. Naval storekeepers were civilian employees of the Navy Department, but commissioned and warrant officers did sometimes serve as temporary storekeepers in foreign ports. They were in charge of stores at stations and yards and distributed the stores to vessels and to the departments at the installation. 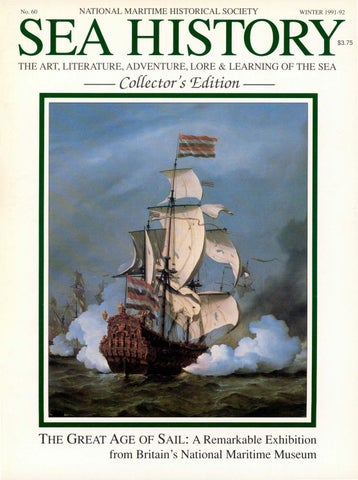 Serving under the direction of the commanding officer of the installation, the storekeeper made requisitions upon Navy agents for the purchase of supplies needed and not received at the installation. Most of these letters are from Navy agents and concern appointments to office, purchase and distribution of supplies, and payments to creditors.

Enclosures include oaths of office, declarations of citizenships, receipts for supplies, lists of persons entitled to prize money, monthly and quarterly returns of expenditures, materials and labor, abstracts of payments, and newspaper clippings. For earlier letters, see entry The reports on technical matters, submitted either to the Bureau of Construction, Equipment, and Repair and forwarded to the Secretary or directly to the Secretary, concern examinations of boilers, engines, steam pumps, percussion gages, and various inventions proposed by the Engineer-in-Chief or chief engineers for use by the Navy.

Several drawings are included with the reports. The letters relate to pay, uniforms, candidates for admission to the Engineer Corps, promotions, and other personnel matters. Most of the letters in this volume were signed or endorsed by Engineer-in-Chief Charles H.

Haswell, and the small number remaining, by Benjamin F. Isherwood and Charles B.

Additional letters and reports for earlier and later time periods are described in entry Letters Received From the Superintendent of the U. Arranged for the most part chronologically in volumes numbered , , , and three unnumbered volumes. Five of the original 50 volumes were divided into two parts in the process of rebinding.

There is one supplemental volume for letters apparently missed during the original binding. There are name or name and subject indexes in most of the volumes. For the divided volumes, the indexes are at the beginning of the first parts.


Some volumes also have lists of letters. These letters from the Superintendent of the Academy known as Naval School until July relate to admission policy, academic courses, rules and regulations governing discipline, the academic staff and other civilian personnel, naval officers assigned to the Academy, removal of the Academy to Newport, RI, during the Civil War, charges of disloyalty, local political sentiment, enlargement of the Academy after its return to Annapolis, and many other subjects. The Superintendent also forwarded reports of various kinds and letters for or on behalf of midshipmen and cadets and applicants.

Included are reports of the Board of Visitors, boards for the examination of midshipmen, investigative boards, summer cruises, relative standing and deficiencies of midshipmen or cadets, and monthly, quarterly, and final class reports. During the period , the Secretary sometimes referred letters to the Bureau of Ordnance and Hydrography, which supervised Academy affairs. Letters received from the first Superintendent of the Academy, Comdr. Franklin Buchanan, from September to December , are described in entry Letters Received Relating to the Naval Asylum. There is a name index that includes brief descriptions of the individual letters.

Included are letters from or on behalf of men seeking admission to the Asylum, from men wishing to be discharged and granted a pension, and from the Governor of the Asylum relating chiefly to individual residents. For other letters received relating to the Naval Asylum, see entries 54 and Arranged by year, thereunder by name of yard or station, and thereunder chronologically.

There are no letters for There are name indexes, name and subject indexes, or lists of letters in most of the volumes. Most of the letters concern arrivals, departures, and trial runs of vessels; recruitment, transfer, and discharge of enlisted men; employment of civilian personnel; deaths; and the apprehension of deserters. Other letters relate to such unusual occurrences as the June explosion in the laboratory at the Washington Navy Yard of fireworks being prepared for the celebration of the laying of the cornerstone of the Washington Monument and the visit of Grand Duke Alexis of Russia to the Norfolk Navy Yard.

Enclosures include reports of boards of investigations, reports concerning prisoners and civilians employed at the yards, and letters from officers commanding vessels at the yards. They include letters pertaining to the evacuation and destruction of Government property at Norfolk Gosport Navy Yard in April and reports of captures of Confederate vessels and of arrivals of contraband at the yards and stations. For earlier letters from commandants of yards and stations, see entry For letters for the period , during which civilians commanded the yards, see entry Letters received in from the commanding officers of naval stations at New London and Key West and the torpedo station at Newport are with the letters received from the commanding officer of the Training Squadron see entry Consul at Rio de Janeiro.

These letters in support of Parks's reinstatement as consul were referred by the Secretary of State. 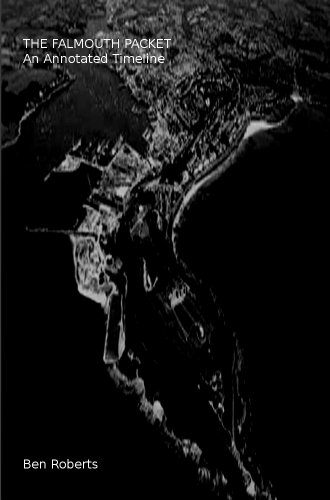 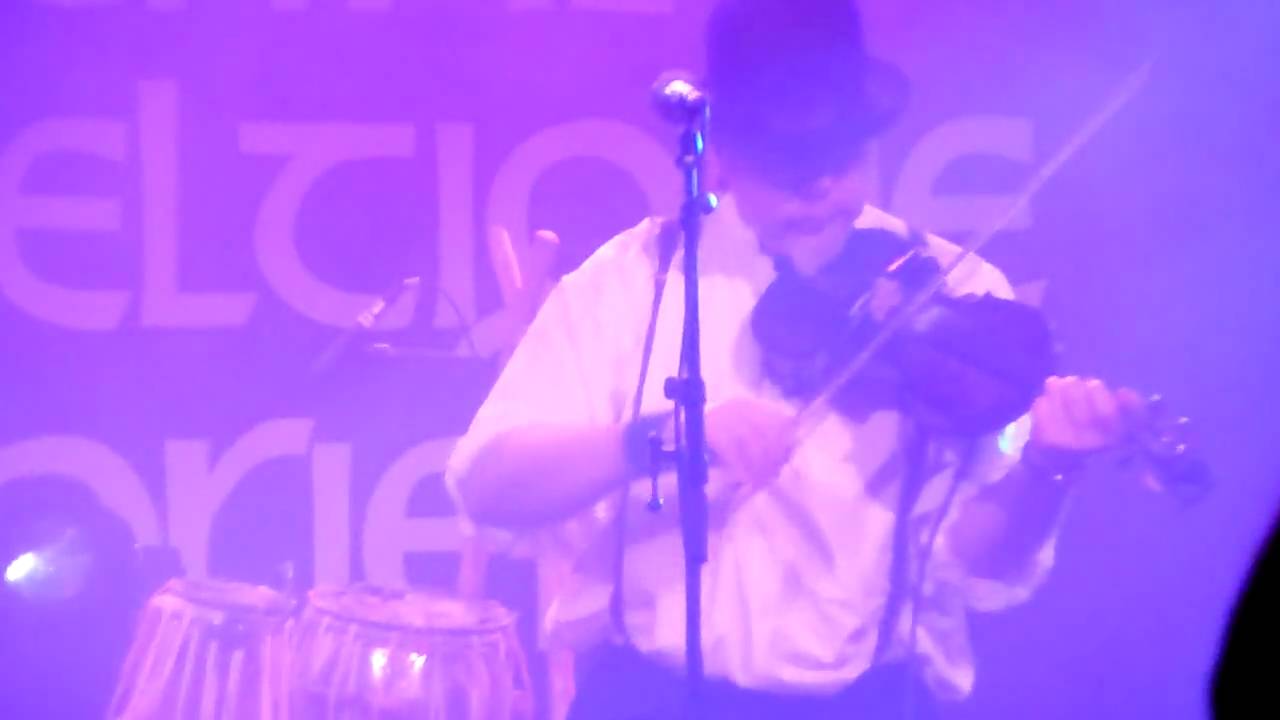 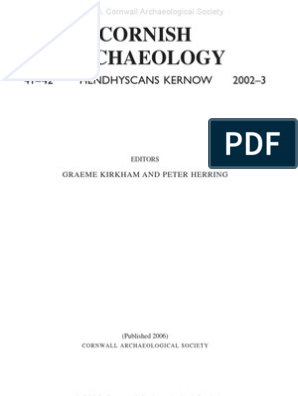 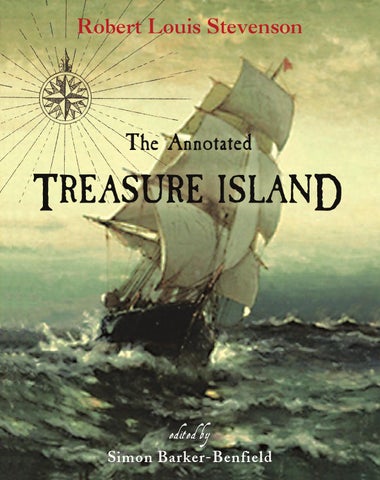